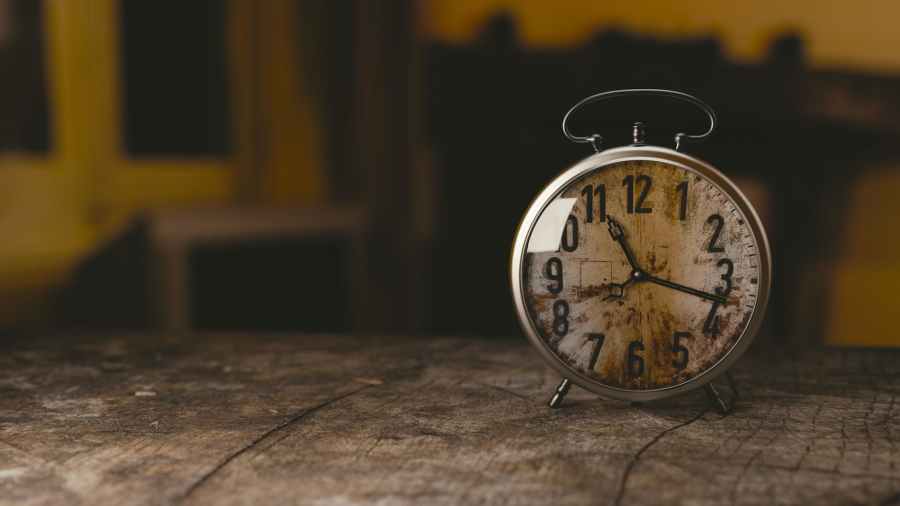 I’ve had a lot of moments of solitude and quiet over the past few weeks and months. Between Isabelle being back on the road for work and being gone for a day or two from time to time, to our wonderful bouts of stomach flu for our anniversary, I’ve had plenty of time for contemplation. It was during one of these moments of solitude that a thought crossed my mind for the first time, and it caused some consternation on my part. It was the realization that the hourglass of my life was now lighter on the top than on the bottom.

Such an uplifting blog post, right? Chris grapples with his mortality!

To be truthful, it wasn’t until very recently that the notion of being on the back nine of my life was a reality. Next summer, I will be turning 45. (45!) That means that, unless I live to be 90+ years old, I’ve likely crossed the middle point of my life. Given my genetic mix and a Type-1 diabetes diagnosis, I’m not going to bet on the long shot on this one. But this isn’t going to be a woe-is-me post. It’s more about contemplation.

How many of you actually see yourselves as your true age? I’ll admit that until these thoughts started entering my mind, I never saw myself as someone in their mid-40’s. I’m also a firm believer in the old adage “you’re only as old as you feel”, so that’s fine that I wasn’t placing myself in the middle age yet.

I started to feel a bit lost in it all. Lost in my own thoughts. Lost in my career. Lost in my routines. Lost in my stagnation. Lost in my solitude. While listening to a Masterclass with my mentor, François Lemay earlier today, he opened the session with the song I’ve posted below. It spoke to me greatly.

With the sound of the clock ticking louder and louder in my ears, I’ve realized that the time has passed to put things off. It’s helped me find focus and to shift priorities. I need to start taking action and not putting things off “until later”. I’ve seen and heard too many stories of people who toiled away their entire lives with a plan to do all of the things that bring them joy and lights a spark in their hearts when they retire, only to have their health take a turn or, worse yet, they pass suddenly. It’s time to travel to those destinations that are on my list; to do those things on my ever-growing list of “things I want to do someday”.

Earlier this year, Isabelle and I (finally) took a trip to Paris. It was my first time leaving North America. We had talked about this trip for a number of years, but kept putting it off. While we were in the motherland (we’re both of French descent), we both realized that we need to take advantage of being in good health, financially stable, and in jobs that allow us to take vacation when we want. We have a list of places we want to go, and we’ve prioritized a couple. If things work out as planned, the next couple of years should see us check a few things off of our life lists (I prefer that term to bucket list).

One thing that I know I need to do is motivate myself. But I’ll speak more about that in another blog post. For now, I’ll keep focusing on finding my way and knowing that even if I’ve been lost, it’s alright.

And how about you, dear reader? Where do you find yourself on that spectrum? Are you living your life to its fullest? Are you putting things off until “the time is right”? Do you have a list of things that you want to do? What’s stopping you from acting on those items? Is it fear? Time to let go of fear and embrace life. Life is much too short and fragile to put off until later.

One thought on “Tick Tock”