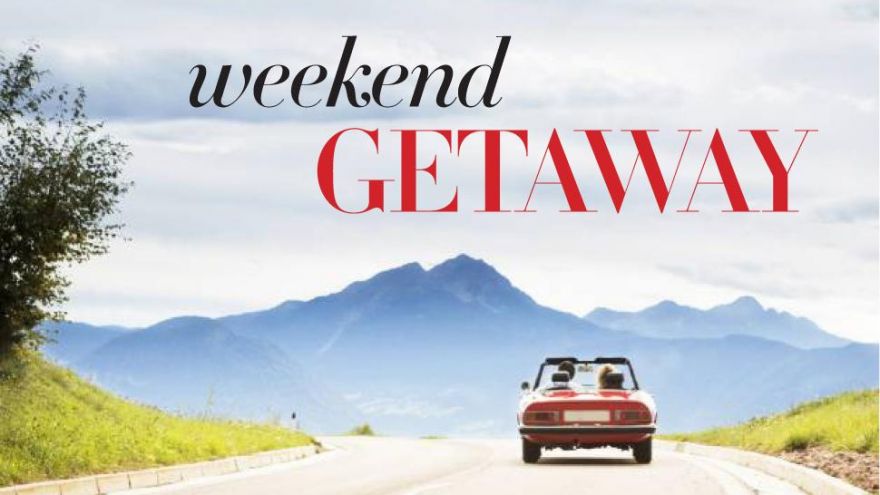 This will be a new series of posts. My wife and I enjoy our lives as DINKs (Dual Income, No Kids). We love to be able to spontaneously do fun things, take trips, have little getaways and the like. I’ll occasionally blog about some of our DINK days.

One week ago today, Isabelle and I headed off for a nice little weekend getaway. Our Reiki association was having a meeting on Saturday afternoon in Grand Falls, which is about 4 hours away. We opted to make a weekend of it and booked a hotel in Fredericton, the halfway point between the two. As luck would have it though, the highway between Moncton and Fredericton flooded the week we were leaving, meaning we had to make a bit of a detour, adding an hour on the first and last legs of our drive. But we didn’t mind at all! Because all we had ahead of us was a weekend of good eating, relaxation and fun.

Our hotel was a newer hotel that opened recently, so the staff were still getting used to the flow of things. By the time we checked-in, it was after 8PM and the hotel seemed to be bustling with activity. There were quite obviously a few junior high sports teams staying a the hotel. Our front desk clerk was feeling the pressure of the volume of guests – she actually told us, multiple times, that they were never this busy! They usually have about a 20-30% capacity since they’ve opened. Tonight? Over 90%.

We had a hiccup or two with the actual check-in, but I’ll chalk it up to nerves on behalf of the desk clerk. I got a chuckle out of it. As a means of apologizing, she gave us a voucher for a free breakfast during our stay. Needless to say, we decided that we probably wouldn’t have breakfast at the hotel the next morning, given the number of kids that were here for some tournament.

Isabelle had already chosen our breakfast spot for Saturday. She’d heard some good things about a little place downtown Fredericton called Claudine’s Eatery. We got there early, just before 8:30AM, and it was a good thing! The place filled up quickly. By the time we left, there were a good dozen or so people waiting for tables.

This was a spectacular breakfast. One of the reasons Isabelle wanted to bring me was their specialty – Eggs Benedict. I love Eggs Benedict! They had eleven varieties to offer. There are a few others I want to try, but I opted for the Buttermilk Fried Chicken and Avocado Eggs Benedict. So tasty, perfectly cooked…one of the best I’ve had. Thank you Claudine for the amazing service and food!

Following breakfast, we made our way to Grand Falls for our association meeting. We got there a little early, so opted to go visit what gave the town its name – the falls. I hadn’t been to the Grand Falls Gorge since I was a child; Isabelle had never been.

It was an overcast and drizzly kind of morning, so there weren’t many people about. But what a sight to behold. The falls are always nice to see, but we were also here at the right moment – it was Spring and the province had seen a lot of rain in the past few weeks, so the river was flowing hard. It’s so impressive to see the force that Mother Nature generates.

After our afternoon meeting, we drove back to Fredericton for dinner. Again, Isabelle had a spot in mind that she’d been meaning to try – No. 1 Noodle. This was another spectacular meal. There were a number of items that I wanted to try, but I decided to go with the Pad Thai, as it’s a good measure as to how they do the standards in my opinion. And they did not disappoint.

I started with a bowl of Spicy Thai Tom Yum Soup. I could have just had a bucket of this for my meal. Yum. And the Pad Thai itself was very good. The service was fantastic, despite it being very busy upon our arrival. The food arrived quickly and the wait staff were friendly and checked in on us regularly. I will most definitely be back here.

Our Sunday morning breakfast was our free meal at the hotel. I cannot express how amazing our server was. Mitchell was one of the best servers I’ve ever had the pleasure of encountering and made our breakfast memorable. Even more than the delicious Avocado Toast that I had.

All in all, we had a great weekend. It’s fun to be able to get away and just have some fun from time to time.