Epcot was the next stop on our trip.  This was a break from our usual pattern as we typically would visit Epcot on our first day.  It was also a chance for us to continue with the new adventures.  Earlier this year, the Norway pavilion’s Maelstrom ride was re-purposed into a Frozen ride.  Knowing that this was one of the busiest rides in all four parks, we opted to make a bee-line directly to the ride on our arrival first thing in the morning.  Despite the fact that we arrived very shortly after the park opened, we arrived to find the line snaking all the way around the little courtyard.  In all, we ended up waiting in line for over an hour for this ride, but it was well worth it.  You get to immerse yourself in the world of Arendelle, with all of the characters from the movie. 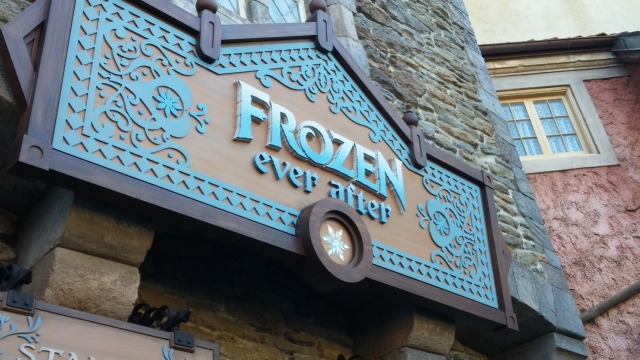 After the ride, I was able to try something I’d wanted to try for some time, but had never taken the time – School Bread.  The Kringla Bakerei at the Norway pavilion sells these delicious, coconutty and custardy items.  I’ll talk more about them some other time when I focus on the food at Disney World.

We always enjoy walking around the World Showcase.  Visiting the 11 pavilions.  It’s the day we walk the most, by far.  I could stroll through the park all day long.  In the span of a few hours, you get to visit Mexico, England, Norway, Japan, China, France, Italy and more.

Apart from the World Showcase, we had a chance to do a character encounter with Baymax from Big Hero 6.  He winked at Isabelle.   Our night ended with supper at the Japan pavilion, eating at Teppan Edo.  Since it’s a hibachi restaurant with tableside grills, we were seated with some other people, including a non-verbal Down Syndrome child at the opposite side of the grill.  He loved shrimp. And I mean LOVED shrimp.  It was adorably cute.

Once the meal was over, we strolled through the pavilions yet again as they have a whole other feel to them in the evening.  We found a nice spot around the World Showcase Lagoon from which to watch the Illuminations: Reflections of Earth.  This is one of the best fireworks displays in Disney World, and definitely a must-do for anyone who hasn’t had the opportunity.

And thus ended our third day. 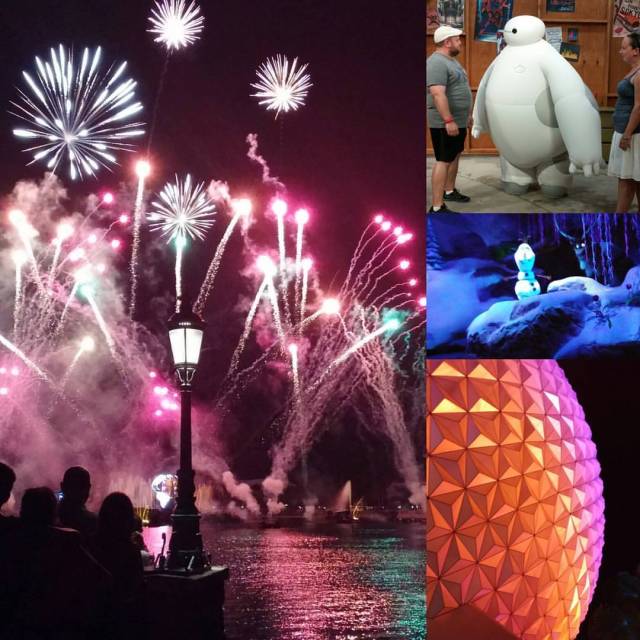