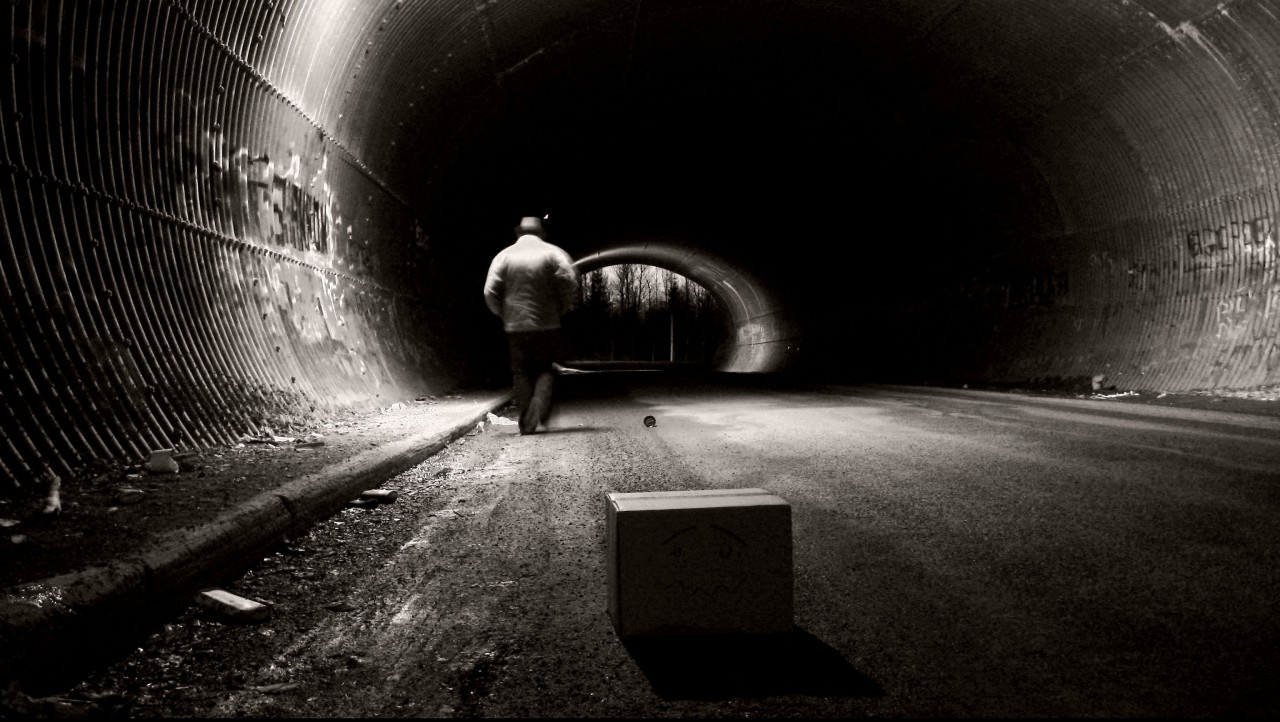 Do you believe in magic?

That’s how the song goes.  (Am I referring to the classic by The Lovin’ Spoonful?  Or the jingle for the restaurant with the golden arches?)  With the recent passing of Alan Rickman (Professor Snape in the Harry Potter movies for those unaware), I’ve found myself thinking about magic in all of its many forms, so that will be the basis for my post today.  Apologies for the rambling and stream-of-consciousness that is to ensue.

Magic has long been a part of my life.  Growing up as a child of the 80’s, I was weaned on David Copperfield specials, Doug Henning & The Amazing Kreskin (admittedly, not a magician, but his feats were magical to me).  Add to that the video games that I played (Final Fantasy, Dragon Warrior, etc) and the books that I read (Lord of the Rings) that were all based in magical realms.  Even some of my childhood favourite cartoons were steeped in magic (The Smurfs, Dungeons & Dragons).

A bit later came Harry Potter.  I only began reading the series after watching the first movie.  As soon as the movie let out, I went directly to the book store and bought the first few books of the series.  I was hooked.  I had long been a fan of Alan Rickman.  He was, after all, Hans Gruber!  And the Sheriff of Notingham.  And Rasputin.  And Metatron.  But Snape was something special.  True magic lies in the fact that although he is gone in body, his work, his creations, his spirit live on. 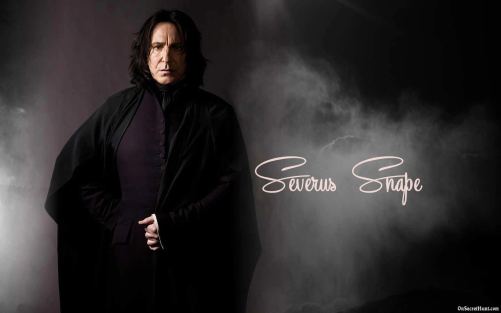 I’ve found myself looking to rekindle this magic over the past few years.  As a child, everything is magical.  The veil of innocence that we wear truly paints the world in a magical way.  It is only through our growing up, our becoming more jaded, cynical, that this veil fades away.  I, for one, do not want to lose that magic.  I keep trying to seek it out in whatever form it may take.  The surest form that I’ve found is in that magical place.  Or more aptly put, that Magic Kingdom.

While many will be quick to cry foul on the nefarious entity that is the Disney Corporation, I look at them as magicians.  Isabelle and I have been to Disney World a number of times together.  We both went as teens.  I went as a child.  My first visit to Disney World was at the age of 4.  My most recent visit was in my mid-30’s.  We have become Disney junkies.  I am an admitted addict, and I wear my addiction with pride.  Unless you’ve been to Disney World, you cannot truly appreciate the magic that Disney brings. 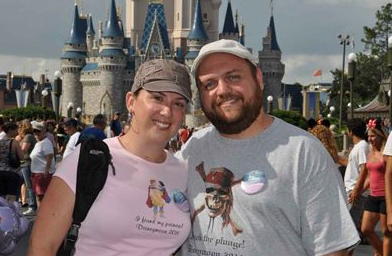 Us at the Magic Kingdom

I have had the honor and pleasure of staying on resort during my last 3 trips to Disney World with Isabelle.  From the moment that we arrive at the resort, to the moment we leave on that last day, we are in the Disney bubble.  We turn off our cell phones, don’t watch any regular TV, don’t read newspapers.  We cut ourselves off from the outside world for whatever time we have, and something truly wonderful happens – we become children.  From the moment my eyes would peek open in the morning, until they finally closed at the end of the (very long, but in a good way!) day, I would see the world through the veil of innocence and wonder that I did as a child.

The parks are designed to immerse you in that wonder, in that magic.  The cast members (they aren’t staff or employees here…) always look to brighten the day of their guests.  Even something as simple as a street sweeper stopping and having a quick chat with you in a shop while you wait out a torrential downpour turns to magic.  Here we were, two 30-something adults standing in the Tower of Terror boutique, watching the rain coming down in buckets.  It wasn’t dampening our spirits though.  We were still beaming from ear to ear as this was our Disneymoon (our pre-wedding honeymoon).  One of the custodial staff had also taken refuge from the rain shower.  He looked over at us, approached and just began a conversation.  He asked if it was our first time at the park (it was not), and if we were enjoying ourselves (we were).  He noticed that we were wearing our honeymoon badges and said “It’s not much, but here’s a sticker to wish you a happy honeymoon.”  He then proceeded to pull out a roll of stickers from his pocket and give us each one.

I still have fond memories to this day of that moment.  It was completely insignificant, and would likely have been lost on many a person, but to me, it stuck.  It was a truly selfless and honest act.  He wasn’t doing it because he had to.  He wasn’t doing it to make a crying child smile.  These are the things that make me keep going back.

I’ve had many people make the comment “you’re going there again?”  They just don’t get it though.  Disney World is my happy place.  During a recent guided meditation session, our instructor told us to imagine a spot where you are happy, safe and feel good.  Instantaneously, I was standing on Main Street, USA in Disney World.  Anytime I am feeling stressed or need to rejuvenate, I close my eyes, take a few deep breaths, and transport myself back to Disney World.

One of my favourite memories of Disney was riding in the shuttle from our resort to the Magic Kingdom one morning.  Sitting across from us were two young girls dressed as princesses (I would guess aged 4 & 6).  The older of the two, being slightly taller, caught a glimpse through the window of Cinderella’s Castle as we neared the entrance to the park.  She immediately started blindly tapping at her younger sister’s arm to get her attention and then pointed at the window.  The young girl sat up and looked to where her big sister was pointing, and her jaw dropped, her eyes widened and nearly bulged out of her head.  Both girls were transfixed by the sight.  There’s Cinderella’s Castle!  It’s real!  Just writing this paragraph brings tears of happiness to my eyes.  To be able to experience that awe, that wonder… that is the magic of Disney World.

It’s been a few years now since I’ve had the chance to physically return to the Magic Kingdom.  We opted to do the mature, adult thing and defer our trips so that we could replace all of the windows in our house.  We’ve now gotten 2/3 of them done, with the last batch likely happening later this year.  So while there may not be a trip in my immediate future, I do have some coming down the line.  I’ve already decided that I will be celebrating my 40th birthday at Disney World in 2018.  And we will return again for an epic trip in 2021.  Isabelle and I were married on October 1, 2011.  October 1, 2021 will be our 10th anniversary.  Coincidentally (if you believe in coincidence, which I don’t), October 1, 2021 is also the 50th anniversary of the Magic Kingdom.  We will be taking this trip with my brother and his wife, who were married October 13, 2012.  It will be an epic 2-week visit, book-ended by anniversary celebrations at Disney World.

Until those days arrive, I will have to satisfy myself with memories and my psychic visits to my happy place.  I know that the magic is real and that I help keep it alive.

What will you do to keep your magic going strong? 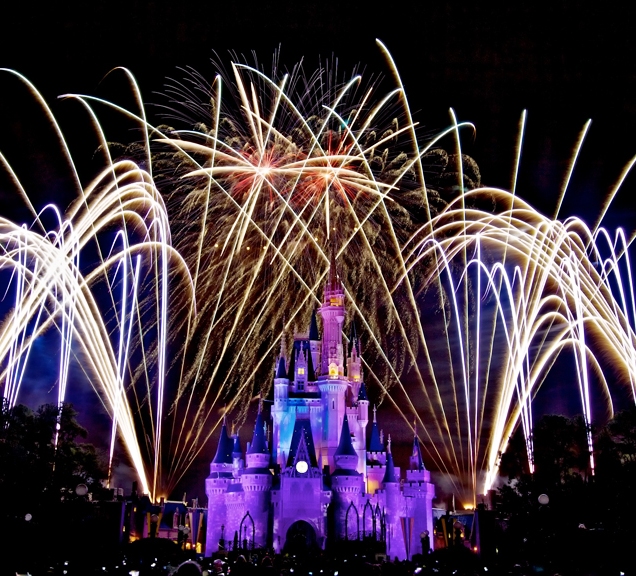