I tend to be a bit peculiar from time to time. Some might argue that it is more often than not.  One of my little quirks revolves around lawn mowing.  Living in a typical Canadian suburban setting (or better yet, a French Canadian suburban setting) things are quite conventional.  Everyone keeps to themselves, doesn’t say much, keeps their head down and goes about their business.  One thing my neighbours takes seriously is their lawn maintenance.  Given that I live in an older neighbourhood, I am surrounded by retirees.  All of my neighbours are retired and a few of them are fanatical about maintaining their yards.

One neighbour in particular will be out 2-3 times per week (seriously) to mow his lawn.  I’ll watch him come out, look around, grab the mower and start to cut.  In my eyes, the grass is no longer than it was when he last cut it a day or two ago, but obviously he sees something that I don’t. So mow he does.  I often imagine him taking out a ruler and getting down on his hands and knees to ensure that his grass is meeting the specified height requirements and isn’t any longer than what is proper.

Another neighbour, we’ll call him the “Good Neighbour”, hops on his riding mower and proceeds to ride back and forth and back and forth across his lawn.  In reality, the size of his lawn doesn’t necessitate the use of a riding mower and it would probably go faster if he were walking, but he likes to sit on his mechanical throne and peruse his kingdom.

One thing that I’ve noticed in the few years that we’ve been living in our current residence is the patterns people use when mowing their lawns.  There are three patterns in play – horizontal lines, vertical lines and diagonal lines. 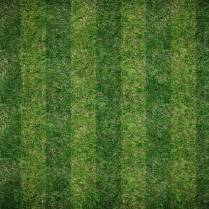 Most homes in my neighbourhood abide by one pattern.  A few of the more intense neighbours will alternate through the patterns.  I suppose I have a bit of a hard time sticking to any said pattern, which I feel is a cause of consternation to some of the gentlemen living around me.  I’ve tried to be one of the pattern people.  I’ve done the horizontal mowing, the vertical mowing, even the diagonal once or twice.  I was curious – just experimenting…It wasn’t anything serious; just to see if I liked it.  But it never felt right.

Although in some aspects of my life I like to have structure and order, my lawn is not one of these.  I’ve often found myself out mowing the lawn and noticing the neighbours looking over at me.  I can almost read the frustration in their eyes.  “Why isn’t he cutting it all in the same direction?” The Good Neighbour will be sitting on his back porch tut-tutting me while peering up at me over the top of his sunglasses and simultaneously under the brim of his hat.  The diagonal mower will rock back and forth disapprovingly from his porch swing. While neither of them will ever say anything outright (that would be against our good-natured French Canadian way), I can sense their displeasure.  Or maybe it is just me creating a backstory and drama in my own mind.  I have been known to be fanciful from time to time.

I must admit that I think I now do it intentionally in spite of my neighbours.  How more random and non-committal can I get with my mowing?  When I most recently cut my lawn this past weekend, I opted to do the following:

I hope you enjoyed my impressively immaculate artistic talents. At least you should get some idea as to what I’ve done.  The purple lines are the directions that I mowed.  Some areas are mowed vertically, some horizontally.  But my favourite part is on the right side of the image where I kind of just follow the natural curvatures of the yard and make this weirdly shaped pattern.  I’ve been tempted to try a circular pattern, but I know that will just end up causing me more work in the end. Or maybe a few triangles next time…

And that my friends is my spiel for today.  It wasn’t anything of substance, but I’ve had this in my mind for quite some time.  I actually started writing this post in my mind last summer, but never got around to it.  I guess the non-committal applies to more than just the pattern I use to mow my lawn.  But that’s another discussion altogether.